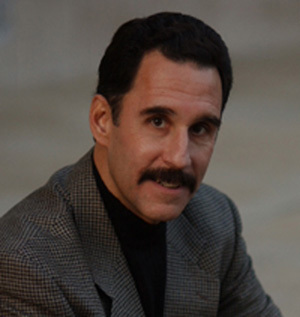 Massé's second book-length work of literary journalism, Trauma Journalism: On Deadline in Harm's Way, was published in October 2011 by Continuum/Bloomsbury. The book features profiles of journalists worldwide who cover conflict, crisis and tragedy, examining the emotional impact of their trauma reporting on victims and themselves. Trauma Journalism: On Deadline in Harm's Way chronicles an emerging era of activism with detailed accounts of reporters, researchers, and trauma experts engaged in a collaborative effort to transform the news media through education, intervention, and advocacy. An excerpt from the book (Chapter 2: "Transformer") won the American Psychoanalytic Association's 2012 Award for Excellence in Journalism. Past award winners include The New York Times, New Yorker, Harper's Magazine, U.S. News & World Report, The Wall Street Journal and Newsweek. The Award for Excellence in Journalism recognizes "professional reporting of outstanding merit that contributes in an exceptional way to the public understanding of psychoanalytic and psychological principles and phenomena."

Massé's third novel, Honor House, a gritty drama and redemption story about a burned-out journalist who confronts an ex-frat brother-turned politician about his campus sex crimes decades earlier was published in September 2020. Set in 2012, with flashbacks to the 1970s, the novel explores the dark side of contemporary college life. Massé is also completing a book of short stories (Such Friends) and his fourth novel, Shank, a work of magical realism about an aging Mafia chieftain and his unlikely protégé. Sample chapters of Shank are available on the "Books" page of this website.

Massé's second novel, Whatever Comes (2013), is a comedic tale of an aspiring Irish-American writer (Max Galway) in 1970s Cleveland, whose dreams are stymied by an unholy trinity of family, work and romantic fiascoes. Massé previously received an individual artist grant to write Whatever Comes from the Indiana Arts Commission.

His first novel, Delamore’s Dreams, a family saga set in a tough metro New York town in the 1960s, was first published in 2005. (New edition: 2013) In this uplifting coming-of-age story, a wayward son and his estranged hard-luck father strive for respect, reconciliation and the strength to prevail.

In 2018, Massé launched a weekly YouTube audio memoir series, "Give Me Two Minutes, And I'll Tell You A Story." He also wrote his first religious book for young adults: My Best Friend, Jesus, a fictional tale of Christ's lifelong companion.

A longtime member of the Authors Guild, Massé has written chapters in several collections, including River Teeth (2009), Chicken Soup for the Soul: The Golf Book (2009), Nobody's Father (2008), Writer’s Digest Handbook of Magazine Article Writing (2005) and The Writer’s Handbook (1996).

Massé is a professor emeritus of journalism (1996-2018) at Ball State University (BSU), Muncie, Ind. With expertise in literary journalism and writing pedagogy, he served as founding director of the Department of Journalism's Writing Center (JWC), former graduate studies director and magazine media program coordinator. Prior to joining the faculty at BSU in 1996, he taught as an adjunct assistant professor in the School of Journalism and Communication (SOJC) at the University of Oregon, where he received his master’s degree (with honors) in 1994, specializing in literary (narrative) nonfiction. He earned his bachelor’s degree in sociology (urban studies) from Miami University (Oxford, Ohio) in 1974.

In 1988, Massé established his executive writing and consulting firm, Words that Work. From 1988-92, he published newspaper and magazine articles, wrote corporate speeches and advised public- and private-sector clients. In 1992, he entered graduate school at the University of Oregon and became a part-time writer/consultant.

Massé has lectured at national and state conferences and universities on the teaching of writing, narrative storytelling, public relations, strategic planning and issues management. He has received national, regional and local awards for his work in the communications industry. A native of Westchester County, N.Y., Massé is married and a stepfather of three adult sons. His wife, Michelle, works for Family Justice Services, Greensboro, N.C., where the couple settled in July 2021.