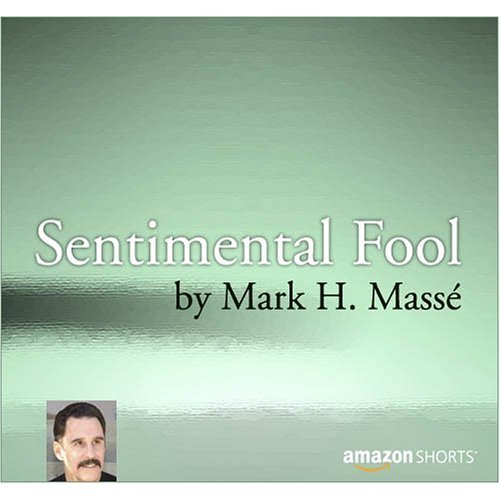 “I would wait there for Debi. I would drive her to my apartment, where she would spend the rest of the day sleeping. She had arranged for the procedure when Parker was out of town.

I would do whatever I could to help. But did it really matter? It was done and so was I. No ‘Act of Contrition’ could make up for this. My one night of passion with my old girlfriend had caused me eternal damnation. Way to go, Max.

I made sure Debi was sleeping soundly, and then I went for a walk through downtown Cleveland. Clusters of pedestrians shared the sidewalks, but I had plenty of space to myself. I just kept walking. I headed west toward the Flats. Then I kept walking. I crossed the Detroit-Superior Bridge to the Near West Side.

I kept walking. The streets grew narrower and grittier. I walked by shuttered shops and hollow buildings. I heard cars with perforated mufflers roar by. I even heard guys shout obscenities at me. Still I kept walking. I stared at the few feet of sidewalk in front of me. I glanced up when I had to cross a street. Even then I didn’t really care if I walked into a bus. Maybe that was how it was supposed to be.

I passed St. John’s Hospital on Detroit Avenue. In a few minutes I’d be at the Lakewood border. My older brother, Mickey, lived in Lakewood. I wondered if he was home. I kept walking. I figured I must have been muttering to myself and crying because people were looking at me with strange expressions as they passed. Or perhaps I imagined all that. I passed several churches, but I didn’t have the guts to look at their front doors, much less go in and ask for forgiveness. What was the point? I had transgressed. This was a mortal sin with a capital M.

I used to believe I was a stand-up guy. Sure, I enjoyed sex as much as anyone. That wasn't so bad before all this. Remember that, Max? You were going to make such great love to Debi O’Connor that she would come back to you, and you’d have a wonderful life.

As I crossed into Lakewood, I realized that hours had passed since I left Debi in my apartment. My God, she would wake up and find me gone. I had abandoned her—today of all days. I hurried to find a pay phone on Clifton Boulevard. I called Mickey. Fortunately, he answered and not Susan. I was in no shape to make conversation with his curious wife.

‘Mick. Need a favor. No questions, OK?’
True to his word, my brother arrived in a few minutes and drove me home. ‘Sure you’re OK?’ was all he asked. Followed by: ‘You look really strange, bro.’

I was afraid of breaking down completely, so I didn’t say anything except thanks when he dropped me off in front of my building downtown. I hurried to my apartment and, thankfully, Debi was still sleeping soundly. I sat exhausted on my worn, sagging couch. When dusk arrived, I rose to see a beautiful sunset over Lake Erie. I began to pray, plead would be more like it. I was so sorry for what I had done or failed to do. I asked for forgiveness. I prayed for Debi. I wept and babbled my Act of Contrition. I made the sign of the cross. Then I ordered a pizza. Debi would awaken soon, and I wanted her to eat something.

In the weeks following Debi’s abortion, I ate a lot of pizza. I stayed by myself, holed up in my apartment when I wasn’t at work. I didn’t go to the grocery store for food. I would wait until after midnight when I would slip out and shop at the Dairy Mart on St. Clair Avenue. No produce, just canned goods and high prices. But I did enjoy the pastries—those doughy, sugary concoctions with absolutely no nutritional value. I could down a dozen mini-doughnuts in a sitting. I rediscovered my boyhood love of chocolate milk, and I drank gallons of it. I stopped working out, jogging or engaging in any healthy activity. What was the point? I had stayed in shape to attract women, to find romance, love and marriage. That was off the table now. I was sure of it. Because of my sin, I would not be granted any grace.

I stopped returning Peter Gustafson’s calls. I told him I needed some time alone. He said I was nuts, and I should stop being so reclusive. He didn’t know what had happened with Debi. He just assumed it had gone badly. He kept calling to encourage me. He even tried to set me up with his cousin from Toledo. I finally told him to fuck off.

I thought many times of calling Debi to see how she was doing. But she had told me on that sunny Saturday that it would be better for both of us to just let things go. We needed to move on with our lives, she said. That didn’t stop me from dialing her number at work. I always hung up just as she answered.

Several more weeks passed, and then I saw her again, staring at me from The Plain Dealer newspaper. The Sunday society page featured a prominent photo of the wedding of Parker Johns and Deborah O’Connor. She was smiling, but her eyes looked hollow. New husband, Parker, was leering at her, hugging Debi from behind. I took one last look and turned the page.”